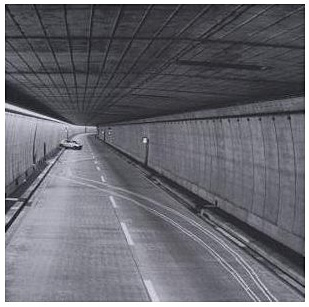 • Buy in Japan
Bob Burnett: Throughout their decade+ history, Tortoise have been a band that, regardless of style, sound, or the coming and/or going of a band member, have remained interesting, engaged and dynamic. They are an instrumental band in whom I hear many reminders of other music and moments in sound (Canterbury-style progressive rock, Neu! and Can krautrock, Koner electronica, Keith Levine/PIL guitarscapes, the Modern Jazz Quartet, the Joseph Holbrooke Trio’s inspired extrasensory freeform, Thomas Brinkman’s blips and rhythmic beats, Steve Reich’s phases, Edgard Varese’s organized sound, as well as quarters vibrating on top of the dryer, wind in the trees, growling howler monkeys in the rainforest…), but who all the while are a hugely influential group of players in their own right who have pushed music forward in unique and exciting new directions. Tortoise are perpetually involved with multiple music projects, be it playing in the studio with others, recording/producing other bands (for example, band member John McEntire's Soma Electronic Music Studios is one of Chicago’s finest), or in the studio themselves using their musical and engineering skills as added compositional tools. The results consistently result in rich instrumental timbre, delicate and intricate melodies and clear yet complex rhythms that make for rewarding and thoughtful listening.

Now comes along A Lazarus Taxon a comprehensive 3xCD, 1xDVD mini box set with a full 20 page booklet in English, German, Japanese and Spanish. The title "Lazarus Taxon" is perfect—it is a paleontological term for a species that disappears, then reappears in the fossil record. This collection includes rare singles from non-US releases and tour EPs, compilation tracks, previously unreleased material, and the nearly impossible-to-find out-of-print 1995 album Rhythms, Resolutions & Clusters. “Lazarus Taxon” also features a DVD compilation of most of Tortoise’s music videos and extensive and rare live performance footage. I was lucky enough to be one of the camera people on the song "Salt the Skies" which was originally featured on Brendan Canty and Christoph Green’s "Burn to Shine: Chicago" DVD release. Tortoise were the last of nine bands to play for that recording, and they simply blew me away with their skilled interplay.

Tortoise is also a group known for advancing the re-mix. Many of their own are featured on this compilation. I can remember a time when remix meant 12" dance singles, an extension on the original 3-minute song that usually brought repetitive rhythm track vamps for longer dance floor playing time. In Tortoise’s case it meant the opportunity for other producers to "go cubist" with their work, adding new dimensions and directions and making the work uniquely stand apart from the original conception. Included in this box are re-mixes of their own work as well as some interpretations they did of others' work—namely Yo La Tengo’s "Autumn Sweater," which in the hands of Tortoise becomes a slow, lovely sound sculpture.

I must also note the black-and-white photography of car mishaps that appear as cover artwork in the box. It is the work of Arnold Odermatt, a retired Swiss police officer turned artist. Upon further research on the Thrill Jockey web page I discovered that as a policeman Odermatt was assigned to document auto accidents and police training. Odermatt’s photos were far more than snapshot-like documents and reflect nothing macabre or gruesome. He often photographed the accident scenes after all the officers had left and the clutter had been cleared revealing scratched, skid-marked roadways and marred tunnel walls. The photos are small, compact visual stories; you wonder what happened and why it happened, and are fascinated by the locations. His photos were uncovered by Berlin’s Springer and Winkler Gallery, which had Odermatt reprint them in limited editions. The photographs were an instant sensation and garnered Odermatt wide acclaim. The Springer and Winkler Gallery and Odermatt graciously allowed Tortoise to use photos for this package that they had selected.

Regardless if you have little or limited knowledge of Tortoise or if you already have a shelf of their releases, I highly suggest you look into this one. It is a value-priced box (under $20 US) that offers wonderful riches in return.


Mike Johnston: We need some sort of rosette, or star, or dancing pig, or something to indicate spectacular bargains and must-buys. This is just ridiculously cheap and is laden with treasurable things, plus it's an audiophile disc par excellence, that will sound fantastic on a good audio system. On a great-music-per-dollar/pound/euro scale it's almost as good as free.
Posted by Mike Johnston at 10:43 AM