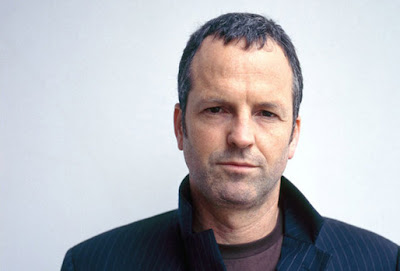 Bob Burnett: I didn’t know Hillman Curtis or know specifically of his web design work or read his books.  I read this article on Design Observer earlier in the week and was struck by it.  Hillman was approximately my age when he died earlier in April of cancer.   I admire that he produced video pieces in a quiet, unaffected yet thoughtful way.  I like their nerdy normalcy—I didn’t care that they were sometimes technically a-kilter or not lit.

His webpage features a bunch of video clips.

He seemed to be a guy that took his design experience in web and print and expanded it to video stories about people just because he wanted to.  I suggest starting with the Artists Series on his web page. I liked the David Byrne/Brian Eno film because he made me interested in an album that I didn’t like when I listened to it when it came out.   The Lawrence Weiner video was another great example for me.  Mr. Weiner was all over the place and captivating at the same time.  I love the slow dolly shot up to his striking face.

Hillman Curtis did some commissioned work too—for instance a few shorts for Adobe.  He had the  huevos to do technically messy, yet engaging segments.  I’m just starting to watch the BAM Performers series. Seems he actually got a camera crew for those and there's a higher level of production aesthetic.

I've produced and directed videos for 25 years.  There’s something nice and re-centering for me seeing this work.  It makes me not want to get simply caught up in delivering something for a client as fast as possible but to think a little bit, let a concept develop that you actually like and then make better use of the medium.
Posted by Bob Burnett at 11:09 AM No comments: 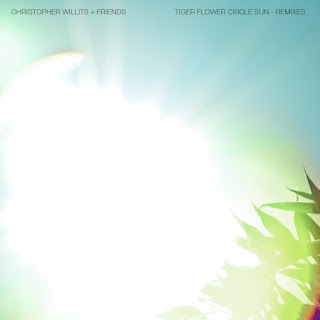 Bob Burnett: A nice compilation is now available online. Christopher Willits publicly shared 121 recordings used to create the album "Tiger Flower Circle Sun", encouraging other artists to "have fun and create what you love with the sounds". This album features some of the results.You can go here to download it for yourself.
Posted by Bob Burnett at 10:11 AM No comments:

The Coordinates Are Entered by Dksoundguy

The Coordinates Are Entered by Dksoundguy
Bob Burnett: DC musician and friend of C60 Dennis Kane has been going down the road of analog synthesizer acquisition, composition and recording. I've linked his newest effort above. I've always had a soft spot for analog synthesis. I used to listen to it frequently while working in a record store while in high school. "Boring synthesizer music!" bellowed my colleague Marc. "But I like boring synthesizer music" being my reply. I have to credit long duration synthesizer music as the groundwork that made other contemporary composition understandable for me. The pathway to Morton Feldman had a trailhead of Tim Blake. (seen in the photo above)I hope you enjoy Dennis' work.

Bob Burnett: I'm tooting my own horn with today's post. I recently produced a video for Fairfax, Va.- based The Hub Theatre about their upcoming play " John & Beatrice".
The production of the video received a very nice write up in DC Theatre Scene.
If you live in the DC region please come see the play. I enjoyed the time I spent observing the rehearsal. It's rare to find such a high level of performance happening in a small, suburban theater.
- Posted using BlogPress from my iPad

Posted by Bob Burnett at 8:37 AM No comments: