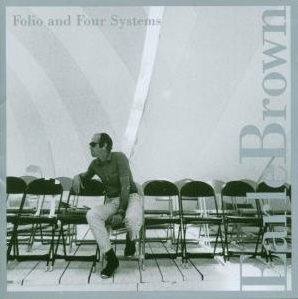 • Buy in Japan
Bob Burnett: There was a vinyl box set I found sometime in the late '70s in a cut-out bin for about three bucks called American String Quartets, 1950-1970

performed by the Concord String Quartet. It was a four-album set that contained music by John Cage, Morton Feldman, Christian Wolff, Earle Brown and others (note: currently available on cd for about $10!). I was familiar with Cage at that point, thanks to buying HPSCHD on the Nonesuch Explorer Series as well as Robert Wyatt’s acapella interpretations of his work on Eno’s Obscure Records. The rest of the composers were names I’d come to associate via that release.

Talk about a defining purchase. I’m still in an ongoing wallow with many of these composers. It seems the scoffing “you call that music” ridicule that persisted for decades has evolved into a reflective, hindsight appreciation—John Cage and Morton Feldman recordings are released all the time now.

Now Tzadik has kindly and lovingly released a tribute to Earle Brown to commemorate the anniversary of his 80th birthday (he died in 2002) called Folio and Four Systems. It is a fitting honor to the ongoing influence and expansive genius of Mr. Brown’s music.

Earle Brown was part of the wonderfully rich New York arts movement of the 1950s. A time when disciplines intermingled: painters inspired composers and vice versa. “My primary esthetic influences were the spontaneity, direct contact, the 'now-ness' and the in-the-moment immediacy of the Abstract Expressionist painters, especially the 'improvisational' techniques of Jackson Pollock and the subtle coloristic effects of Philip Guston and Bill de Kooning,” said Brown when reflecting on that era.

Brown worked in what became known as open-form scores; a graphics-intensive scoring methodology that gave the performer wide berth for improvisation. Two of his greatest achievements were the compositions “Folio” and “Four Systems.” This album is a contemporary recording featuring a long list of musicians known in contemporary classical work as well as players in the thriving "downtown" music scene who frequently record for Tzadik.

This music from fifty years ago is fresh, vibrant and spacious. Brown’s compositions only increase in possibility as time and technology enhance the performances. The music sounds like a painter’s palette looks; a blending of stark, warm, abstract colors and layers. It features electronic textures, piano, treated guitars, and by dang if they don’t sneak in an accordion!
Posted by Mike Johnston at 9:14 AM