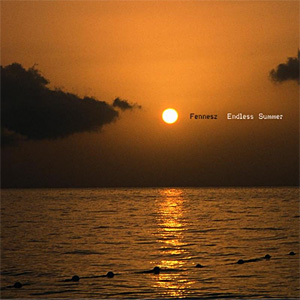 • Buy in Japan
Bob Burnett: I probably have a Fred Frith record from 30+ years ago to thank for my appreciation of Christian Fennesz today. After all, Frith was one of the players who helped me make sense of this thing called music. His album Guitar Solos

was (and still is) a large influence in the rambling, aleatory pathway I joyfully follow in music. His playing awoke me to the guitar as something more than a "six string / play chords / play solos / sound a certain way" type instrument. He re-configured it into a textural object, where impedence, sticks, spools, thread, alligator clips, feedback, percussion all played equal parts in the creative possibility of the guitar. Frith also opened the door for me to appreciate the Eugene Chadbourne/Derek Bailey school of improvising guitarists.

So now, Christian Fennesz' work takes guitar into another possible direction by bringing laptop sound composition into the mix to create warmth, energy, sound collage, abstraction, clarity and new sounds. While much of the music is somewhat abstract and not built around typical song structure, there isn’t anything distant, sterile or bizarrely complicated about what he does. At times the electronics seem to take over in a floating, repeating-pattern wash; you feel that he, like the listener, is just stepping back and listening to what he’s so effectively put in motion. Other moments feature slow guitar strumming that's filtered and affected by any number of applications, laptop enhancements and feedback-like pop/click textures. I appreciate his work because he re-thinks the possibility for guitar and follows a path of intricate design for the instrument. Sometimes when playing Fennesz I also harken back to the newness and joy I felt upon first hearing the collaborations of Brian Eno and Robert Fripp back in the mid '70s. Other moments connect me with the freshness and revitalization Kevin Shield's guitar-based sound forms My Bloody Valentine offered.

Fennesz’ album “Endless Summer” is a re-issue of an album he made in 2001. This time around the release features a few more tracks. Be it 2001 or 2007 the album sounds very much of today. I suppose one of the arguments for a re-release is that it hopefully will garner more attention and thereby be heard by more people. I can only hope the same thing happens for another wonderful album of his, Venice, which unfortunately seems to be either very expensive or out-of-print. Strange, considering that it, like Endless Summer, was a critical darling and was featured very highly on progressive music "best of" listings a few years back. Another album that I’ve listened to extensively that involves him is David Sylvian’s outstanding Blemish. 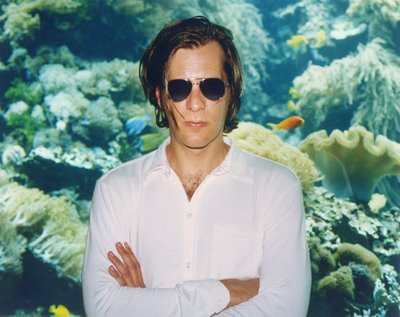 Herta Hurnaus, Christian Fennesz
All told Fennesz is on my "need to hear whatever comes out" list. His work thoroughly fascinates me.
Posted by Mike Johnston at 11:19 AM