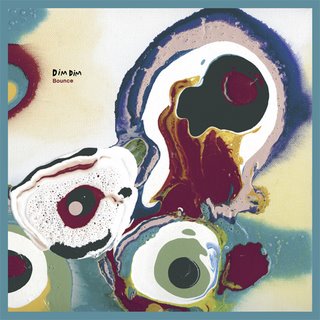 • Buy in Japan
Kim Kirkpatrick: Bounce is Dim Dim’s fourth album (the third on Portland, Oregon's Audio Dregs label). Dim Dim is the creative musical work of one Jerry Dimmer, who lives in Brussels, Belgium. I say musical because, besides working as a musician, he was once a professional cartoonist. It shows: it's a strong creative aspect of his music. The music is animated, suitable for kids as well as adults, endlessly layered—and amusing, like a classic, hand-created, frame-by-frame cartoon. And bubbly—refreshing—like a fine, sparkling, fruity, Belgian beer—say, Lindeman’s Peche Lambic, for example. 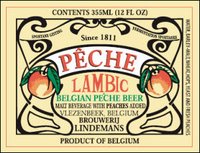 Bounce is more refined than Ananas (the first Dim Dim I heard, in 2000), which was heavier on the cartoon characteristics and silliness. Bounce is his most intricate, lush, layered, and musical release to date, still very amusing, happy and fun, but it shows Dimmer’s progress. The CD is full of cheesy synth sounds, kids, and breathy female voices, whistling, blips, and beeps (he does video game music as well). A Japanese cuteness surfaces now and then; really there is too much density to describe here.

Predominant in his building-blocks for most of the songs are excellent electric guitar tracks. It is generally bright and clean, often African High Life in feel, sometimes reggae, pedal steel, funky wah-wah, or just a simple Jonathan Richman style of strumming. Rhythm (from around the world) and beatz is Dim Dim’s thing, and he will have you moving and smiling involuntarily track after track. The smoothness and symmetry of his skills is a pleasure to experience, the harmony and balance he creates while producing so much diversity makes me happy and amuses my children to no end. If you’ve been skirting the edges of beatz, of cut-and-paste music, never feeling satisfied, Dim Dim is a very pleasant, pop-styled way into this complex and NOW musical world. In fact, go ahead and buy all the Dim Dim releases—it is a safe bet.

Mike Johnston: Beware Audio Dregs' website. The music it plays is so great I had to leave it up in a tab in my browser all evening. Like a warm shower you can't get out of.

Bob Burnett: Terrific. I had never done anything beyond listen to the two CDs you sent me, Kim—in fact one wall-to-wall just last week while driving back to Washington, D.C. from Sarasota, Florida (1000 miles). I just assumed they were a Japanese novelty pop band. Makes complete sense now that a Flemish cartoonist does Dim Dim—case in point. I was in Ghent, Belgium, a few years ago; a beautiful ancient town just west of Brussels that has city planners with the creative huevos to close the inner downtown to automobiles and make it a bicycles-, light rail-, and pedestrian-friendly experience. I was taken by friends to a very little bar that was an homage to Serge Gainsberg! We sipped Martinis and talked "Jane Birkin—trés formidable" with the bar-keep.

Dim Dim would have fit right in. Next time I go to Ghent I'll be looking for the Dim Dim Juniper Gin a Bump-Bump Bar. And I'll open it if it doesn't exist.
Posted by Mike Johnston at 10:26 PM