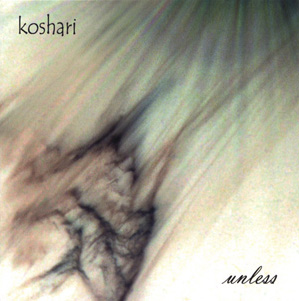 • Buy in Japan
Kim Kirkpatrick: The older we get (speaking in generalities) the more close-minded we become; music can reveal this hideous decaying trait quickly in those around you. A musical assault occurs daily from oldies radio stations, commercials, movies with soundtracks with every song a past hit—every one of them recognizable, and often demographically and decade-specific! People get old (cut-off points being college or even high school) and stop listening to, or searching out, new music. Now I know that doesn’t apply to me, and most likely anyone visiting this site, but if you're starting to creak and moan about the sounds around you I can tell you what has helped me stay interested.

You need a few friends you can trust, ones who have heard as much music as you. If you are really fortunate, they do not have the exact same taste as you. I have friends (some I have never met in person) that have expanded my musical enjoyment, my education, greatly. It could be jazz, rap, reggae, blues, country, metal; I'm talking boatloads of music I would never have found or heard otherwise. These people shared their knowledge, filtered out the crap, and fed me the best from various genres.

My other tip for staying engaged with the music around you is to give it your time. Honestly, the older I get the more likely I am to turn against some band immediately: “heard this before,” “sounds just like…,” etc.* But if certain friends turn me on to some music, I respect their opinion enough to give it an honest chance. And being an artist, and having tried to be a musician, I also think everyone needs to remember these musical efforts are someone’s life work, it is what they live for. So it deserves some effort on your part, and for me that means repeated listening. I may hate a CD because of my mood—it is very possible I am grumpy and feeling like not liking anything. I frequently find it requires time for a lot of music to sink into my aging brain. I might listen to a CD over a few days, or on repeat while working. Playing it through three or four times can change my opinion. That said, I still hear plenty of music I just hate, and know I always will. But it is far more common for me to have questions (about the music or myself) after the first time through, and that encourages me to give it another try.

All of the above applied to my hearing Koshari’s Unless (2005), I could easily have dismissed it, aged a bit more, and moved on in a huff! But because a longtime friend (and fellow guitar player) had praised them, and because the guitarist in the band was so warm, sincere, and friendly when we first met (he gave me a copy), I knew I should give it more time. I also knew the following applied; some music has to be played loud or you might as well turn it off. Koshari** is just such a band. With the volume down low you can dismiss it as lightweight, derivative of Swervedriver, My Bloody Valentine, Lush—just another band. Turn them up, way up, give them a few listens back to back, and the music will open up and breath for you. Sure, Barbara Western’s vocals are breathy, with a familiar ethereal quality at times, but they are strong too, and with subtle expression. Bryan Baxter’s guitar is full of recognizable tones but he makes them his own, and his diverse effects serve each song specifically. Danny Ralston’s drumming is superb, intelligent, and creative enough that I have gone through the whole CD focused on just his playing.

Koshari’s Unless is packed with atmosphere, beauty, substance, and it rocks. It is progressive, ambient, hard core, surf, metal—alternate tuning, droning, chiming, shimmering rock music. With volume and repeated listening the subtle, detailed production quality opens up for you. The recording has a clarity and space to it, and the band's performance is connected, displaying an honest interaction and awareness of each other.


*Years ago, a friend gave me grief about playing the first R.E.M. record (then brand new) on the radio. His position was they were so derivative it was criminal, and I had no business playing them. He told me, “If I want to hear The Byrds, I’ll play The Byrds!"

**The Hopi Kosharis are considered to be Clown Kachinas. They behave in the manner of Pueblo clowns, engaging in loud conversation, inappropriate actions and of course, gluttony. They are often drummers for the dances. Kosharis are figures that are both sacred and profane. They are the ultimate example of overdoing everything they set out to do.
Posted by Mike Johnston at 9:26 PM