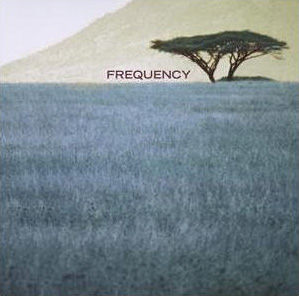 • Buy in the U.K. • Buy in Germany • Buy in Japan
Bob Burnett: I’ll never forget the impact of two books: Valerie Wilmer’s As Serious As Your Life: The Story of the New Jazz

Both books focus on creative music ("free jazz") in the decades of the 1960s and '70s. What is best known as avant-garde jazz was then known by other more interesting names such as "The Music" or "The New Thing." In addition to profiles of master players such as Ornette Coleman, Archie Shepp, John Coltrane, Albert Ayler and Sun Ra, there was focus on Chicago’s AACM—the Association for the Advancement of Creative Musicians. The mainstays and known voices of the collective were artists such as Muhal Richard Abrams, Anthony Braxton, Henry Threadgill and the members of the Art Ensemble of Chicago (Lester Bowie, Roscoe Mitchell, Don Moye, Joseph Jarman and Malachi Favors). Since forming in 1965, the AACM has provided an atmosphere conducive to the development of its member artists and to continue the AACM legacy of providing leadership and vision for the development of creative music.

I was a few years into "The Music" when I read them, and those books expanded my understanding of the day-to -day struggles and risks those players took to open music up in such important ways. Back in the early days, before some of them ever imagined MacArthur Genius Grants, they depended on the support of each other, both musically and emotionally, in order to push ahead.

Frequency's playing takes me in many positive directions; I hear the classic blowing model of "head arrangement-improv-head" intermingled with quiet, introspective "world" sounds, building grooves; fire-like open playing and floating percussion-based soundscapes reminiscent of The Art Ensemble’s other-worldly "Sun Percussion." It’s so nice to hear an album like this in 2007; an inventive, reverentially rooted expansive collection of compositions that connect so perfectly with music from thirty years ago.

I’m also glad to see it released on the Thrill Jockey label. Thrill Jockey is known as a major independent voice for mostly progressive rock and electronica groups. I’m hoping that Frequency will pick up new devotees by being on Thrill Jockey. I also hope that Frequency influences listeners to reach back into the rich past of "The Music" and tap into the works of the great masters.
Posted by Mike Johnston at 4:42 PM