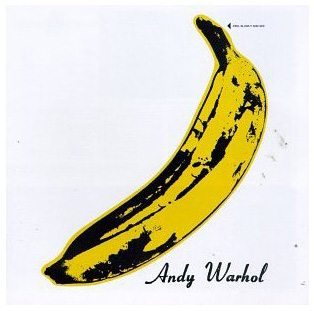 Kim Kirkpatrick: As a follow-on to my earlier review, I want to emphasize again how important the re-mastering of The Velvet Underground and The Velvet Underground & Nico is. On the remasterings you hear the music of this all-important, seminal rock group as they were truly captured on the master tapes. The improvement is groundbreaking—it goes way beyond any other releases, including the two box sets I have.

Besides being able to hear the subtleties of voice and instruments, this improvement calls for a rewriting of rock history. For almost 40 years, one defining aspect of The Velvet Underground was the harsh, low-fi sound, soundboard needles pinned right, an overall static sound quality. Many a subsequent band has name-checked The Velvet Underground, citing them proudly for influencing their own muddy, poorly-produced music. Now, I'm not one for perfect, clean production, and some bands deliberately go for a more live sound, or an all-in-the-mix-together mushiness that can work. But the clarity and separation of these re-mastered Velvet Underground releases destroys the long held believe they were deliberately presenting low-fi, poorly recorded albums.

In retrospect, knowing what a perfectionist and musical genius Lou Reed is, it makes sense that such detail was there in The Velvet Underground tapes all along.


Bob Burnett: The other day a friend dropped by my office who is in the VU "know"—meaning 30+ years of listening to pitifully "mastered" murk but in his heart knowing there was magic somewhere. I asked if he'd heard the remasters. "Nope—I saw the blog comments tho'" was his reply; somewhat believing these were better versions but skeptical after so many promises in the past.

I motioned him into my office and played a few cuts—the look on his face said it all. I knew the look from my own similar feelings upon hearing them. It was the equivalent to the scene in Raiders of the Lost Ark when the bad guy Nazis opened the sacred ark of the covenant; there was a fleeting moment of beautiful, angelic swirl. Well, imagine if those beautiful, blissful angels didn't go hellfire and brimstone and continued their heavenly majesty accompanied by a soundtrack of strumming warm guitars, naked arpeggios, breathy clear vocals and ambient space that hummed with amplified separation and clarity...that's what these remasters mean to us. Yep—it's the long lost ark...however instead of gold, angels and salvation we get something better: a beautiful banana.
Posted by Mike Johnston at 3:30 PM