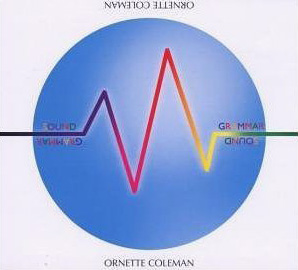 Bob Burnett: I was very happy to suddenly find the first new Ornette Coleman album in a decade. I was even happier when I listened to it.

“Sound Grammar” was recorded live in Italy in October of 2005. Ornette, ever youthful at age 75, plays alto sax and trumpet. Two basses are prominently featured (Greg Cohen plucks and Tony Falanga bows), and the supportive, understated drumming of son Denardo Coleman rounds out the quartet. 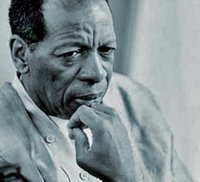 The compositions on this album reflect fifty years of Ornette’s creativity in composition and refract a new direction for performance. Using two of the same instrument is not new to Ornette—Prime Time, his plugged-in, multi-layered James Brown meets No Wave band did so with double guitars and drums. But this double-double bass configuration takes me further into past worlds explored by Ornette. Greg Cohen harkens to the era of Charlie Haden’s rapid, rhythmic runs from the late '50s-early '60s, and Tony Falanga brings the bowed technique David Izenson brought to the Live at the Golden Circle: Stockholm trio circa 1965. Having them both together in complementary, flowing interaction is like the old Doublemint chewing gum ad: two—two fresh tastes in one.

Bass player Greg Cohen should be mentioned further—in addition to playing with Ornette, he’s a mainstay of Masada, John Zorn’s incredible quartet, as well as musical director for Tom Waits. And there’s a C60 connection to Greg Cohen—C60 started about 10 years ago when Kim got five friends (see “original crew” list on the side of the blog) in touch via email to share ideas and make each other cassettes (and later CDs) of music. One of my CDs for C60 was an Ornette Coleman late-'50s-early-'60s quartet / Masada circa early-mid-'90s back and forth / compare and contrast. Shortly after I made that disc a few C60ers (Scott, Bob, and Walt) went to a Masada gig at Tonic in New York City and found ourselves between sets leaning against a side wall in conversation with Greg Cohen. I mentioned the Ornette-Masada CD I’d made. Cohen seemed somewhat bemused by the similarities I found in their music because as a player working directly with Coleman and Zorn he said they worked in vastly different ways. From hearing the current configuration I see Cohen’s point. Where Masada is connected to Ornette’s classic, splashy seat-of-the pants quartet sound of 45+ years ago (Ornette, Don Cherry, Charlie Haden and Ed Blackwell/Billy Higgins), the current line-up is vastly different; they stretch the melodies and open the compositions with thoughtful introspective playing. In many cases Ornette leaves vast room for interplay between bass players; on some compositions stepping back and listening to them himself. 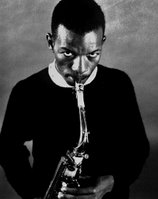 I really enjoy hearing new approaches on several of these compositions: “Turnaround” (originally titled “Turnabout”), one of his early classics, maintains its quaint bluesy theme. When I hear it I think of Ornette as a boy back in Fort Worth, Texas wandering around, kicking a can and whistling early strands of this future song. “Sleep Talking” was originally a grooving, pulsing jam on Prime Time’s out-of-print masterwork Of Human Feelings. I always hear a Stravinsky theme from The Rite of Spring hovering—this much slower version paints beautifully Ornette’s uptapped melodic sense. “Song X” was the title cut on his collaboration with Pat Metheny.

It’s nice to see that time has made Ornette Coleman a national treasure. But unlike many who live off past glories, this effort shows me he’s still searching for new ways to approach composing and new ways to assemble a band to perform in such a powerful way.