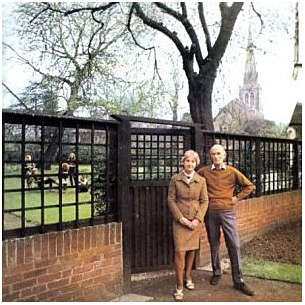 Bob Burnett: "Unhalfbricking" is one of my favorite albums by one of my favorite groups of the British folk-rock scene of the late '60s. With a roster of excellent players (including Dave Swarbrick, Simon Nicol and Ashley Hutchings), this particular Fairport Convention spotlit Sandy Denny’s incomparable singing, and shows the emergence of a young Richard Thompson playing guitar with a ringing, bending, eastern-tinged tone that has since become his trademark sound. Just check out the long, slowly evolving version of "A Sailor's Tale" for classic Thompson sound. The album also features many Bob Dylan covers—thanks to album producer Joe Boyd, who had access to the songs through a relationship he had with Dylan’s British publisher, Feldman's. I am especially drawn to their version of "Percy’s Song," an outtake from Dylan's "The Times They Are a Changin'." You may recall another version being performed spur of the moment by Joan Baez in the D. A. Pennebaker film "Don’t Look Back." "Percy's Song" is a captivating real-life song that tells the story of a man unfairly sentenced to ninety-nine years in prison for manslaughter after four were killed in a car accident in which he was driving. The song is a haunting foreshadowing of what was soon to happen to Fairport. Shortly after this album was made the band’s tour van was involved in an auto accident that killed drummer Martin Landle and Richard Thompson’s girlfriend, Jeannie Franklin. Others in the group were injured. The tragedy sent the band into a re-evaluation of their future; somehow they recovered, re-grouped, and went on to make another landmark album, Liege and Lief. 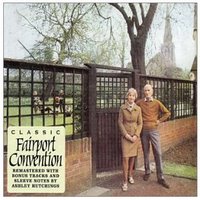 Joe Boyd’s producing contributions should be further mentioned—not just for his work with Fairport but for the unrivaled roster of music he produced under his Witchseason Productions label in the late '60s–early '70s: Nick Drake, John Martyn, Vashti Bunyan, early Pink Floyd, and The Incredible String Band, to name a few. He later went on to start Hannibal Records and produce Richard and Linda Thompson’s significant album Shoot Out the Lights in 1982. 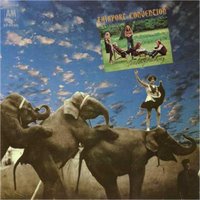 While the original recording was excellent, this re-mastered version of Unhalfbricking sounds even better. It has two relevant bonus tracks and an interesting in-depth booklet that features photographs and reflections by band member Ashley Hutchings. This version also returns the rightful cover artwork; the interestingly framed band shot—way back in the lawn through a fence—with Sandy Denny’s parents, Neil and Edna standing proudly surrounded by the family home in Wimbledon, South London. I bring this point to light because the American release of this album originally had a disgraceful cover—one of the goofiest remakes of cover art I’ve ever seen (left). Apparently the re-do was a jingoistic attempt to market "hippie" to America. Albeit a group inspired by Dylan and The Byrds, this album is decidedly not Madison Avenue hippie—to me the songs are firmly of the earth and sea and not of two-bit ozone and smoke. The playing is tight, driving, and spellbinding. Not a surprise they were frequently compared to The Jefferson Airplane, another non-hippie hippie band.

It is baffling to me that in this era of "classic rock radio," classic music like Fairport Convention isn't heard—at least on radio in the USA. Admittedly, I don't listen to the radio for music and perhaps XM or Sirius occasionally finds a niche for them. I just can't believe that a format with plenty of room for Fleetwood Mac, Led Zeppelin, Bad Company, Supertramp, etc., etc., etc., can't find an audience for this great band. Maybe it's different in Europe—I'd be curious to know.