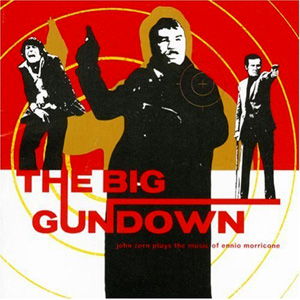 Bob Burnett: Ennio Morricone. You might not know the name immediately, but you'd know his music. All you have to do is hear that spine-shivering whistle in The Good, the Bad and the Ugly.

Morricone received a lifetime achievement award at the 2007 Academy Awards last night—an honor that was well-deserved. His atmospheric scores for films such as Fistful of Dollars, The Good, the Bad and the Ugly, and Once Upon a Time in the West re-invented how music is used in contemporary film—or in "the good ones" he worked on. Although he's scored well over 350 films in his long career, Morricone, together with director Sergio Leone, created a spare, psychological twist to the western. Their work together in the genre of "spaghetti western," albeit more than 40 years old, remains fresh both visually and in the nuanced yet whacked-out soundtracks.

Morricone was one of the pioneers who changed the boundaries of the soundtrack from being a simple tag-along with the pictures to becoming a new avenue into the reach of a film by expanding the possibility, heightening tension, creating foreshadowing to future scenes, and effecting editing and pacing with his inspired work. In fact, his soundtrack at least once played a pivotal role in how a film was shot. Morricone wrote the music for Once Upon a Time in the West in advance of the film. Director Sergio Leone found the music so compelling that he used it while shooting took place. "Throughout the shooting schedule, we listened to the recording," he recalled." Everyone acted with the music, followed its rhythms, and suffered with its aggravating qualities—which grind on the nerves." The end result was called a "ballet du mort" where the movie's action seems almost choreographed to the atmospheric score. The editing is an incredible mixing of extreme close-ups with expansive wide shots—all looking directly at the soundtrack for motivation.

To honor Morricone, John Zorn made a tribute album called The Big Gundown, originally issued in 1984. It is his re-constituted, very personal take on a wide swath of Morricone's soundtracks—and a reflection on the great debt he owes Morricone in his own development as a composer. The Big Gundown was Zorn's major-label debut for his short-lived stay with Elektra/Asylum-Nonesuch; at the time he was mainly known as a free-wheeling, eccentric East Village improvisor and conductor of spirited scores called "game theories." Today Zorn's reach has expanded dramatically, as a player, producer, owner of record label Tzadik, and as a respected soundtrack composer in his own right. Zorn re-issued The Big Gundown on Tzadik in 2000 with five additional tracks as well as a terrific book of liner notes that include thoughts on the production, still images from the films, and Morricone history.

So you might want to honor Academy Award winner Ennio Morricone by giving a listen to this very honorable take on his work.