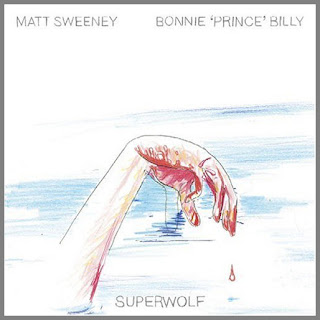 Bob Burnett: You've probably heard it before. Or at least for your sake I hope you have.

It's that naked guitar sound that grows—in volume and in its raw intensity—and it appears on the first track of something you are playing for the first time. You immediately take notice and decide that regardless of where this song or even where this album goes from here matters little because it sounds like this at the start. "My Home is the Sea," the first song on Superwolf, gives me that feeling. And fortunately it persists throughout the album in a deep and penetrating way. 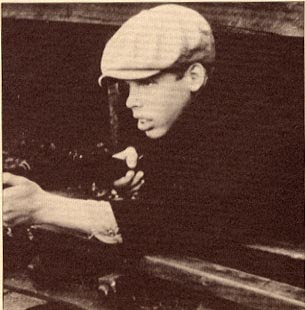 Will Oldham in Matewan
Bonnie "Prince" Billy is one of several names Will Oldham uses in music (Palace, Palace Music, and Palace Brothers are a few others). You may also recall Oldham as a "kid actor." He was impressive in the roll of the true-believing, mine-worker-supporting teenager "Danny" in John Sayles' 1987 film Matewan. Oldham has a quality in his voice that is reminiscent of Stephen Stills' finest moments; a controlled quietness in his rich vibrato tone elegantly brings lingering emotion and tension to the lyrics. (Think Stills' classic "4+20" on CSNY's Deja Vu to get some semblance of reference to my point.)

Matt Sweeney is a perfect duet with Will Oldham; his guitar sounds solid, full and direct. There's nothing noodling or affected—just straightforward playing that's full of feeling. I like this album like I like Low's albums. There's a special building, tense deepness that's always there. Nothing goes fast, nothing gets complicated or overly played. You know you are in the presence of listening to something worthy, and it demands your attention.

Matt Sweeney has been around the indie music block. He's played with Smashing Pumpkins' Billy Corgan in Zwan and interpreted the "aliens have landed" sonic world of Guided by Voices, and served a stint in Chavez. In this situation he wrote songs for Oldham that sound remarkably like Oldham songs to begin with. Apparently Oldham "challenged" Sweeney to make this album with him. That sounds a bit contrived to me, but hey, the end result makes the case that it doesn't matter how the project came about as much as the fact that it did. As a sidebar I also like the 2003-released Bonnie "Prince" Billy album Master and Everyone

; albeit primarily an acoustic album much different from Superwolf, it possesses a similar quiet strength. Just the other night I was playing it, found myself hanging on each note and needed to stop what I was doing and just sit and listen.

Admittedly, I haven't followed Will Oldham's work that closely over the years but am enjoying the discovery process and look forward to exploring his body of work. If you can offer more suggestions please do so in the comments—I would love to know where to go next!