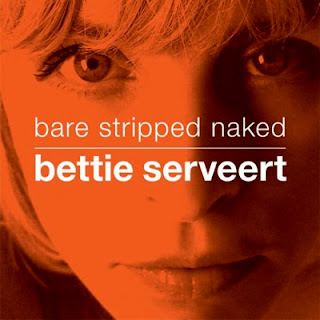 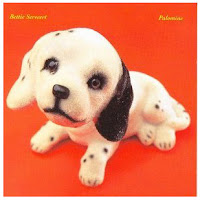 Kim Kirkpatrick: Bettie Serveert is a Dutch band that has been working hard to produce new releases every year or two, starting with Palomine

in 1992. That release was somewhat forced upon me (thanks, Walt). I was in a "fed up with indie-rock" zone at the time, and between the press hype and cute bobble-head Dalmatian cover, I was skeptical. Listening to three songs played back to back, "Palomine," "Kid's Alright," and "Brain-Tag," though, I was hooked. The emotionally tough (and yes, seductive) vocals of Carol van Dyks and, most importantly, the guitar work of Peter Visser had me playing the disc over and over.

Bettie Serveert has their influences. I'll let you figure most of them out—they're not hidden. The band embraces their influences and makes them their own, as creative artists are likely to do. For example, in 1998 they released Venus In Furs and Other Velvet Underground Songs

, all live performances recorded in Paradiso, Amsterdam. A courageous move, one I would have serious doubts about were it not for my high appreciation of the band’s skill and intelligence. These VU covers are out of print, but well worth searching out by anyone who reads this site.

Bare Stripped Naked is the newest release from Bettie Serveert, from 2006. Most of these songs are based simply on acoustic guitar and very intimately recorded vocals. You won't have any problem understanding every word sung by Carol van Dyk—how rare is that? And equally rare: the lyrics are mighty fine—intelligent—they hold up well to repeated listening and interpretation. Overall this recording feels relaxed and highly interactive between the performers—softer, slower paced, and tasteful—the most mature release from Bettie Serveert to date. Visser’s finger picking, percussive acoustic guitar and van Dyk’s vocals are entwined and playful, and some nice bass playing fills out the songs.

With consistency through the years, Peter Visser has created multiple tones and effects on guitar that I gobble up and repeat-play with glee. On this release he also plays electric guitar, often with a soft, hollow, jazz sound, or generally clean, electric-guitar tones. So the title, Bare Stripped Naked, is a good description of these songs—nothing flashy or overproduced, just personal, and carefully crafted from start to finish. Ah, and the last cut, "Certainlie," makes my day, with Visser letting go a bit on electric guitar. A combination of jagged Neil Young "Be on my side, I’ll be on yours" playing and a solo with the tone and feel of "Wooden Ships"!

Bare Stripped Naked comes with a second disc, a DVD of live performances and footage of the recording session.