ECM Records I'd Own (If I Owned Records) for Kim 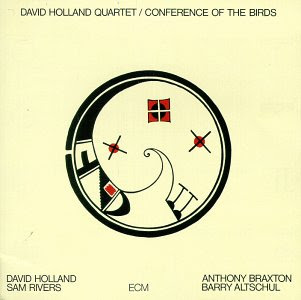 Bob Burnett:  I got a text from my C60 friend Kim the other day. "Hey-if it crosses your mind please sendme ECM recordings you would own. (if you did such)".  The (if you did such) comment is in reference to the fact that he's been hearing a lot from me about MOG having practically the entire ECM Records catalog.  The reason I find that exciting is because I pretty much gave up on ECM after too many expensive mistakes with music that made me miserable in a "I'm listening to formulaic sound" kind of way.  I'm certain Kim departed sooner than I did, having been a solid listener to the mid '70s releases. The spate of lackluster mid '80s recordings made me drift away and, like Kim, kind of made me lose touch with a lot of the music that originally drew me to the label.  If you aren't familiar with ECM I suggest checking out the wikipedia page.  Here's how it starts:


ECM (Edition of Contemporary Music) is a record label founded in Munich, Germany, in 1969 by Manfred Eicher. While ECM is best known for jazz music, the label has released a wide variety of recordings, and ECM's artists often refuse to acknowledge boundaries between genres. ECM's motto is "the Most Beautiful Sound Next to Silence" taken from a 1971 review of ECM releases in CODA, a Canadian jazz magazine. 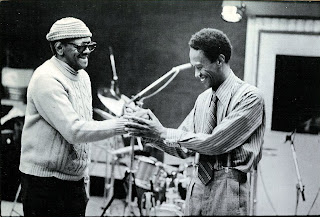 Here's my off the top of my head starter list:

Old and New Dreams: "Playing" (a live recording by the Ornette Coleman tribute band made up of Ornette cohorts)
Ricardo Villalobos: "Re-ECM" (an interesting recent release that uses the ECM catalog as samples to re-invent compositions)
Don Cherry-Ed Blackwell: "El Corazon" (a nice, quiet, pleasing duet that always puts a smile on my face)
Jack DeJohnette: "Pictures" (an early album that features a series of drum and keyboard compositions played by Jack and sometimes joined by John Abercombie's guitar)
Jack DeJohnette: "Special Edition" (a post-Coltrane tribute with a special nod to Eric Dolphy)

Dave Holland: "Conference of the Birds" (One of my favorite albums of all time-Anthony Braxton and Sam Rivers together. If you don't believe me listen to "Four Winds" and decide for yourself)
Marion Brown: "Afternoon of a Georgia Fawn" (the first ECM album I ever bought-abstract, thought expanding, remains fresh after all these years)
Leo Smith: "Divine Love" (pre-Wadada open music: improvisational, spare, engaging)
Paul Motian: "Conception Vessel" (there's so many to like by the maestro so why not start here)
Terje Rypdal: "Odyssey" (always liked the spaciness of this one)
Terje Rypdal: "What Come After" (One of the finds I've recently come back to. More groove and shred here.)
John Abercrombie: "Gateway" (driving, intense)
Jan Garbarek: "Witchi Tai To" (maybe…..this one's teetering on the edge...there are moments of greatness but it's a roadmap to how annoying Garbarek was going to get)
Kenny Wheeler: "Gnu High" (just added it..some of my favorite Keith Jarrett moments)
Barre Phillips: "Mountainscapes" (another early one for me that always stuck around)
Egberto Gismonti: "Soli" (this was a high school favorite..hasn't weathered quite as well and get noodly but I'll keep it around)
Jimmy Giuffre 3: "1961" (I believe this was a re-release or possibly a first time release of an archival production.  Either way it's excellent.) 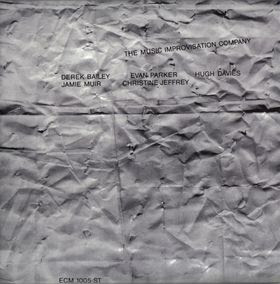 I'm sure there are others (like The Music Improvisation Company and Bill Connors, Codona, Ralph Towner,Nana Vasconcelos) and by no means is this meant to cover everything.  Kim asked specifically about David Darling albums; I think we both came very late to him. I tend to stick to the spare, floating solo releases. I was tempted to put Chick Corea vehicles "Circle" or "ARC" on the list but I can't say I find myself returning to them too often.  When I do, the Daevid Allen lyric "Chick Corea gives me diarrhea"  comes to mind and throws them off track. I could also add some Eberhard Weber, Rainer Brüninghaus and "Rejoicing" a Pat Metheny trio album he did with Charlie Haden and Billy Higgins.  I guess by mentioning I've kind of done that.

ECM Now Playing: "Snakeoil" by Tim Berne.  I had no idea about this release. 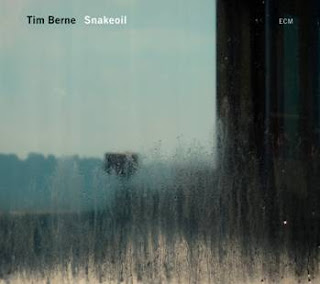 "After compelling contributions to ECM discs by David Torn and Michael Formanek, here is Tim Berne’s first leader date for the label. “Snakeoil” introduces a fascinating ensemble, a “chamber-like group” in Berne’s words, albeit one that packs some power. Tim’s tough alto is heard with Oscar Noriega’s earthy clarinets, Mat Mitchell’s cryptic piano, and Ches Smith’s tone-conscious drums, tympani, gongs and congas. Berne: “I'd decided on this very transparent instrumentation to try and avoid obvious stylistic references and to focus the listener on the musical ideas being presented.” Two years of wood-shedding preceded the recording of “Snakeoil” at New York’s Avatar Studios early in 2011, and the band was ready to roar. The disc is issued on the eve of a tour that takes in dates on both sides of the Atlantic."