Within (and now) Without You 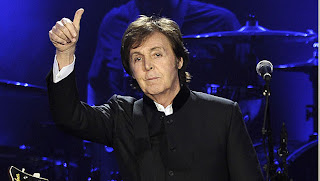 Bob Burnett: I sold what remained of my Beatles CDs this weekend. For the first time since 1973 I'm completely without any Beatles media.  I started with the Yellow Submarine soundtrack and ended with Magical Mystery Tour. So it goes.

The big issue isn't having physical possession of Beatles music as much as the internal debate I've had about ownership of items: shelves and rows of music, books, anything collectable.  After decades of acquiring I've spent the last few years liquidating.  The motivating factor is to take the Robert Fripp concept of "intellegent mobile unit" to eliminating the anchor-like physical drag-down of ownership as well as to take advantage of the availability and access of so many things I'm interested in electronically.  Plus, I just don't enjoy having "stuff" anymore.  Granted, there was a time when I was content spending hours perusing row after row of my album collection or thumbing through scads of books in my various library spaces. I still maintain a solid selection of books but I'm now keeping an on-going discard box that gets donated to our local public library.

I'm discovering a like for the iBook concept via iPad.  I'm currently reading John Updike's Rabbit Run via a download purchase of $11.  I've also become quite pleased with the public domain resources available thanks to Project Gutenberg.  Project Gutenberg offers over 38,000 free ebooks: free epub books, free kindle books, download them or read them online. They carry high quality ebooks previously published by bona fide publishers.  They digitized and diligently proofread them with the help of thousands of volunteers. So far in 2012 I've read or re-visited Charlotte Bronte's Jane Eyre, Kafka's Metamorphosis, Ulysses Grant's diaries, Conrad's Heart of Darkness as well as Tolstoy, Gertrude Stein, Ford Maddox Ford and others. 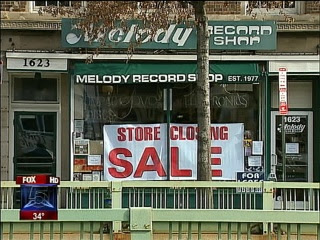 All that said, there's still an emotional attachment to perusing bins in record shops or book stores as well as the bittersweet regret of seeing so many independent retailers shuttering up shop. Here in DC, Melody Records closed down recently.  They were a ten minute walk from my office but I confess it had been years since I'd been there.   When traveling, I tend to seek out independent record and book stores but I usually curtail a large amount of purchases. Occasionally  I'll get a tingle to possess something.  Recently there was a fleeting moment when it seemed like it would be a good thing to physically own the Bob Dylan mono releases. I also spent a weekend contemplating spending money on high quality vinyl releases of Ornette Coleman's early releases.  I got over both and have returned to either streaming them online or sticking with what I already have.   I'm not completely a shut-in.  As mentioned in an earlier post, I recently made a fairly substantial purchase of music on the Erstwhile label.  The only way to get this exciting and vital music is via CD.  I'm happy to own such nicely designed CDs that contain such special moments.