The Monkees, People's Drugstore and a Day in 1966 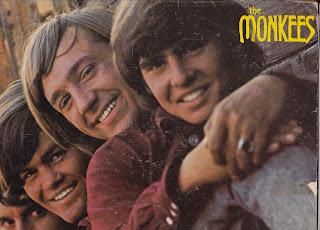 Bob Burnett: Davy Jones of The Monkees died today. He was 66. Thanks goes out to his circa 1966 acting along with Mike Nesmith, Peter Tork and Mickey Dolenz for the portrayed whimsy on the TV show The Monkees.  More importantly, thanks goes out to my mom, who in 1966 walked out of People's Drug Store with a bag of sundries, including The Monkees first album.  I still see her handing that album to me over the car seat and saying "here, I thought you'd like this".  Little did she know that was the moment my personal freedom set in. I played the album over and over; it brought spark to my kindergarten year.  Over time, repeated listens helped me realize "Tomorrow's Gonna Be Another Day" "and "Last Train to Clarksville" from that album were better songs than "(Theme from) THE MONKEES". Time also led me in other musical directions.

No matter how many times I turned my collection over (Beatles-to-Chicago-to-ELP-to Henry Cow-to-Ornette Coleman...etc.etc.) I never sold that album because I knew it was the Yuri Gagarin of my music collecting, listening and discovering. (In fact, that's it up top in this post.) 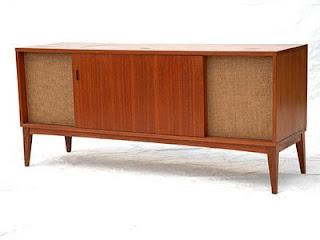 I know as an adult the whole MONKEES rig was the starting point for the corporatization of media; when music, TV, lunchboxes and whatever else were gelled together.  An entertainment vacuum that leaves me cold.  BUT, when it comes to The Monkees, I'm able to remove all the clutter and still be a six year old excited about music for the first time.

A few years back I was in a winery in Napa Valley.  Mickey Dolenz stopped in and bought a case of wine.  I did a little pretend-like-I-didn't-see-him stalking but didn't dare say anything to him. I didn't want to be another forty-something retro-reflector for him to  shake hands with, graciously say thanks and probably wish a few hours could go by on just one day where someone didn't remind him he was in The Monkees. Anyway, the guy who worked at the winery told me after he left he was a local and came in to buy wine and always kept it real.  I was glad to hear that.

So here I sit, having not thought about The Monkees in decades, getting incredibly soft and sentimental for a console stereo time gone by. I'm listening to Pat Metheny playing covers of songs like "The Sound of Silence", "Rainy Days and Mondays" and "That's the Way I Always Heard It Should Be" from his album What's It All About. Little pictures of spinning The Monkees flood my mind.....and bridge where I once was with where I am today thanks in part to knowing Robert Wyatt (with the help of Fred Frith, Nick Mason and others) did a cover of "I'm A Believer".