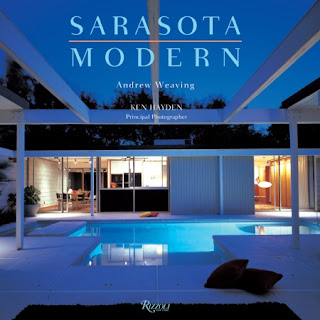 Sarasota in the 1950s was a small community graced with an alluring natural beauty. What set it apart from so many Florida beachfront towns was the concentration of artists, writers, and architects who gathered there—including author MacKinley Kantor and architects Paul Rudolf and Ralph Twitchell—a unique confluence of talented and daring architects coupled with a hip crowd willing to take risks. Sarasota was a place in which innovation and experimentation were the order of the day, a place where an architect might run into the local watering hole to shout: "I just invented the sliding glass door."

My family has spent a fair amount of time in Sarasota since the '80s. We're fortunate to have a small "Old Florida" style place with a pool situated on the downtown waterfront. 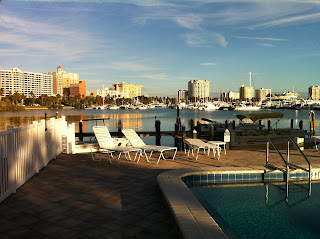 One of my favorite activities is exploring the residential architecture; finding the classics as well as those derived from the influence of the original mid-century modern movement.

Lido Shores is the neighborhood where mid-century modern first took hold and remains the core for many attractive homes. After a circa '90s spate of unfortunate tear-downs for new, mostly McMediterranean construction there's been a movement in place to make people aware of the importance of saving and renovating the '50s era homes. 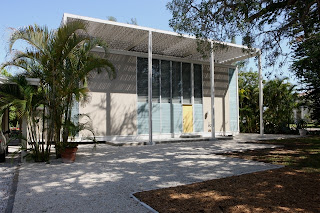 One fine example is architect Paul Rudolph's The Umbrella House which has been renovated to full glory.

Finally--I'll end with a music connection. My high school-era friend Roger Hudson has moved to the Sarasota area to teach guitar full time at Manatee School for the Arts. He and his wife, Brenda, have recently put into motion plans to purchase a mid-century modern home by architect Ralph Zimmerman. I look forward to my next visit sitting poolside with the Hudson's in hopes I can coerce him to play a few original compositions. He keeps getting better. Below is Roger performing at the 2010 Montreal Guitar Show. Guitars are great but.... I still want to hear his Marimba composition.