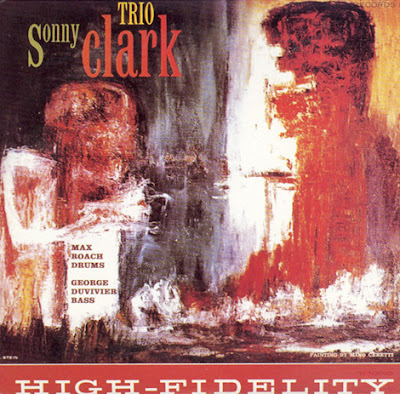 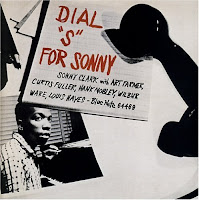 Mike Johnston: One of the nice discoveries for me in writing my Max Roach obituary yesterday on The Online Photographer is that the generically-titled Sonny Clark Trio (Time T 70010) is available on iTunes. Sonny Clark (full name Conrad Yeatis Clark) was one of the many that jazz lost young, dead of a heroin overdose at 32. Generally a sideman, his reputation has done nothing but grow over the years. I have his Connoisseur releases (Sonny's Crib and Dial 'S' for Sonny, the latter now an RVG with the original cover restored—it was one of the first sessions, if not the first, that Rudy Van Gelder recorded in stereo), and Clark's Cool Struttin' is to me one of the high points of '50s jazz, a must-own album (and no, I am not just into high heels). But I've never owned T 70010 till yesterday. 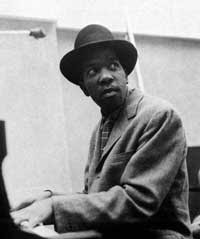 I've always been into piano. I love Sonny Clark's spiky, complex, but melodic style of playing, which seems to me full of ideas while at the same time staying unpretentious at all times. This album as a whole is a nice, relaxed high-style hard bop date (if you're not up on your jazz terms, "hard bop" is, despite what you might assume from the name, a gentler, more tuneful, easier-to-listen-to evolution of bebop), equally useful as background or up-front listening—merely a very good record, but from a truly great period.

Unlike Tin Hat Trio and Tied & Tickled Trio, Sonny Clark Trio really is a trio. Clark is joined by George Duvivier on bass, who's very solid and contributes several solos, nicely projected, and of course Max Roach on drums, which is how I got here. There are four alternate takes, none of which are quite as smooth as the album selections, which to me seems to improve them, if only marginally. If you just want a taste—of the album, not just the alternates—try "Nica (Alternate Version)," which swings with rough edges and spirit from Sonny. Listen to it kinda loud so you get the percussiveness of the piano. If anyone, it's Max Roach who's reticent on this record, although as usual you can't fault his tasteful gentility. Apart from some tape hiss, the recorded sound is on the high side of fine.

Sonny Clark recorded a lot if you're willing to look for him on other peoples' records, and he died just before the Beatles and the "British Invasion" dealt a body-blow to the popularity of bop. (It's never good to die young, but at least Clark's timing was right.) He didn't pack as much into half a lifetime as Lee Morgan did, but then again he left us a lot more than Tina Brooks (another heroin tragedy) was able to. I'm pleased to have this addition to his legacy.
Posted by Mike Johnston at 1:52 PM