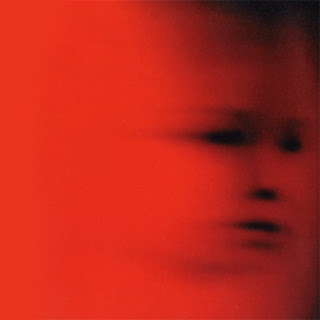 Kim Kirkpatrick: Dan Berridge aka Broadway Project somehow escaped my attention this past decade, seemed ridiculous once I finally listened to Compassion released in 2001(A sealed CD in my cabinet for how many years?). Berridge assembles his music from a nice variety of sources with an emphasis on:
Jazz Fusion
(Rhodes piano, electric guitar, John McLaughlin, Alice Coltrane, L.L. Smith region)
Intelligent Drum n Bass, Downtempo, and Jazzstep beats
(Including numerous female soulful vocals so popular on drum n bass/dance tracks)
Lush string arrangements abound on this release, in minor keys a la Tindersticks or Indian film tracks.
And to mention just a few instruments lifted: sleigh bells, muted trumpet, french horn, xylophone, a rare note or two from a sitar, lots of record clicking, and piano that really sounds like The Necks. Bob has got to hear this.
I found myself once again in the area Bob and I have discussed regarding sampled, constructed music -- name checking as you listen vs. taking it all in whole. Compassion has plenty to identify* but repeated listening and Berridge's creativity managed to turn off my track recognition affliction. The tracks are heavily layered, stacked up from numerous sources but add up to being very musical. Even with the emphasis on Trip Hop, Drum n Bass beats, the music is fluid, tracks function as a whole more successfully than most in this genre.
I became interested in the subtleties from track to track, some processed, spliced together, to a level of an ensemble performing songs. Other tracks are more open, revealing their skeletal structure, encouraging you to focus on individual elements, such as the drumming, a muted trumpet. Even the repeated clicking and crackling of vinyl becomes an instrument for Berridge.
Dan Berridge is a very active artist, a few Broadway Project releases, but lots of other projects such as film and video music. I encourage you to check out his site and all the links available there. Broadway Project releases are available on iTunes.
*
Oh just a couple, Beautiful People guitar sampled along side Moerlin's Gong, Tangerine Dream's electronic dog yelp and loose bass line.
Posted by Kim Kirkpatrick at 8:57 AM