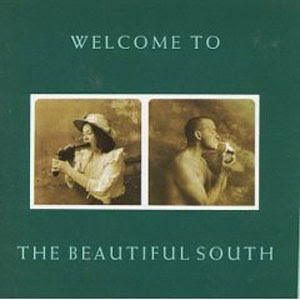 Kim Kirkpatrick: Two former members of The Housemartins, Paul Heaton and Dave Hemingway formed The Beautiful South. While similar in pop smoothness to their previous band, The Housemartins, The Beautiful South was a phenomenal improvement in my opinion. The Beautiful South is more catchy, more cynical, musically more upbeat, but also far more sinister underneath the sweet, smooth sound. If one did not pay attention the polish and slickness produced by these fine musicians might push you away. Might even bring to mind Steely Dan’s lifeless perfection, which has caused Bob and I (for decades) to quickly leave any space they might be audible. 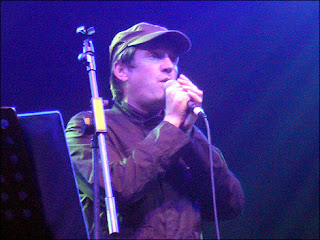 I think The Smiths or Belle and Sebastian are a better way into The Beautiful South. Belle and Sebastian share the diversity of vocals and musical instrumentation that The Beautiful South explored for over a dozen releases. A similarity is there in The Smith’s catchiness, brilliant lyrics, and creativity through the years. Most important, and I’d say unique to both bands, is their consistent dichotomy of upbeat, driving music, and depressing, cynical, sarcastic, often hopeless lyrics.

Welcome To The Beautiful South was released in 1989, and was an impressive debut, producing three singles that charted well on the UK charts. “Song For Whoever” made it to #2 and remains one of my favorite songs by The Beautiful South. Written from the point of view of a songwriter who moves from girl to girl for pop music material, using his experiences to hopefully reach the top of the musical charts.

… Cheap, never cheap
I’ll sing you songs till you’re asleep
When you’ve gone upstairs I’ll creep
And write it all down

Another rockin’ pop song, “From Under The Covers” is an odd blend of Dire Straits and Herb Alpert, and about oversleeping.

Sixties funk, tribal (ala Peter Gabriel style) thumping, African high life, Elton John piano styling, calypso beats, wives buried in walls, too much to fully cover here. I find (all these years later) Welcome To The Beautiful South and the follow up, Choke (1990) to be my favorites, though I own many more of their releases. After eighteen years together, albeit with line up changes, The Beautiful South announced (in 2007) they were breaking up due to “musical similarities”.

Perfect.
Posted by Bob Burnett at 6:49 AM