Rob Green: Thump and roll, bright horns, backward drum beats coaxing a soft walking upright bass line, sweet, effect-less vocals weaving between a meandering, out of tune piano. All this magic recorded in some dive in sweltering by a single microphone placed in the eye of the hurricane.

This is real Ska to me.

Ska first cropped up in in the ‘60s as an off-shoot of Calypso, and has evolved over the years as it traveled the Earth, melding with several other forms of underground music along the way. When it started it was a happy distraction from the crushing poverty and mind numbing boredom of the colonial island life much of knew.

Reviewing box sets is never easy, and this one was no exception. The Trojan Ska Box Set includes 50 songs over three CDs. When I sat down and listened to every tune intently, (I’m not going to lie…) there were a few tracks that I had to hit the ol’ skip button on. That’s when I realized that pouring over every nook and cranny of a comp like this is not the way to get into it. This isn’t Mozart; it’s feel-good-fun in music form. Ska is designed to be the sound track of good stuff unfolding. For me it’s springtime (Oakland-Berkeley) East bay BBQ music. It’s what brought the best keg party you’ve ever been to into the right place when it was getting a little too sideways. It’s burying your toes in the sand, and driving around with your face in the wind with no particular destination.

For such a specific type of music, this set has a ton of variety. By Ska’s very nature as a form of old style dance pop, there are a bunch of one hit wonders. Some things never change I guess. 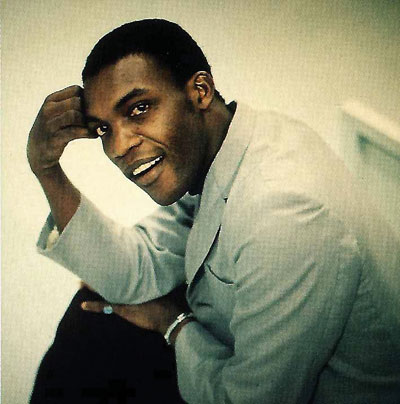 That being said, there are also some familiar names like Desmond Dekker, Lee “Scratch” Perry and Lord Tanamo—all were quite popular and prolific at the time. There are about a million Ska comps out there, and they’re all pretty good for the most part. This one in my opinion is a cut above the rest.

Because there are so many songs in this box set, I’ll just run down a few of my personal favorites and stand-out tracks. I’m a huge Skatalites fan, and I was completely stoked to see an original version of the oft covered and/or blatantly ripped off "Guns of Navarone". Everyone from the Specials to Big Country (Yes I do mean the Scottish dudes from the ‘80s--check out the opening riff on “Fields of Fire”) have tried to tame this venerable instrumental beast, but much like the old worn out bomber jacket with your scooter club insignia on the back, nothing fits like the original. Big smiles also were brought when I got a load of the original version of “The Tide is High” by the Paragons. Yes, it is that song, and no, Blondie didn’t write it.

Then of course there’s the legendary Desmond Dekker’s “007 ”-- a groovy little jaunt brought to you by the Godfather of Ska. Old Desmond died in the recent past, so consequently there are a bunch of new comps and re-issues available online. Don’t delay, get the early stuff, you won’t be sorry. These three picks are worth the price of admission alone. What kicks ass is there is so much more to enjoy.

There are a ton of new finds and some notable match-ups (and you thought the Rap guys invented that move, feh!) like the heart melting “When I Call Your Name” by Stranger Cole and Patsy. Good stuff I tell you.
I know a lot of new Ska/Punk kids who can't really sink their teeth into the traditional stuff. There are always complaints about recording quality, song speed, etc. They tend to think that it's not as powerful because it's not as fast or tight. To me though, Trojan-era Ska is as punk rock as anything out there. It's not about speed-- it's about rawness. It's about calling out to the bottom rung of society, the alienated and the angry, and saying "Here's something just for you. Get out on the dance floor and run around in circles!" I don't have anything against 311 or Less than Jake, as a matter of fact I love a lot of the new school Ska/Punk.

It's just that what many of the kids who showed up late to the party don't understand is that all of the new stuff derives its power from the old familiar beats and styles of traditional Ska.

That's why this box set is so perfect. It's a rough, beautiful history lesson.