Johnny Hodges with Billy Strayhorn and THE Orchestra

Bob Burnett: Recently on The Online Photographer, there was discussion about iTunes' Jazz 101 series. What came out of it for me was a collective deep appreciation of Duke Ellington. In hopes of tapping further into Ellington’s world I thought I'd mention an album that isn’t a Duke Ellington album but is from the Ellington family, Johnny Hodges with Billy Strayhorn and THE Orchestra . The album was made in 1961 and features the silky beauty of Johnny Hodges' alto sax in a pairing with Billy Strayhorn as the arranger and band leader of the Ellington Orchestra. Strayhorn created new arrangements of songs by Ellington, Hodges and himself. There was a longtime relationship between the three men—30+ years of working together --when this album was made.

Johnny Hodges was always a Strayhorn favorite and frequently was a featured player in Strayhorn's arrangements of Ellington's compositions. This recording further pushes Hodges to the front of the orchestra and the results work well. Nothing can touch two arrangements in particular, "Daydream" and "I Got It Bad and That Ain't Good ". These two cuts alone are worth the price of the album.

On the downside (but far from a dealbreaker) there's an overall "produced" sound that tends to make the backing horns sound more glossy and smooth than they need to be. I've read where the blame lies with Rudy Van Gelder's recording--no way. Creed Taylor is credited as the producer and his CTI label in years to follow has always been a challenging effort for me to cut through; studio "enhancements" became a hallmark of his touch so why not think he'd do the same thing to this album? Johnny Hodges credited his alto sax sound to a blending of soprano sax legend Sidney Bechet and trumpet master Louis Armstrong. In his early days he apprenticed with Bechet at the Club Basha at 145th St. and Seventh Ave. in New York City. In Loren Schoenberg's 1998 re-release liner notes he quotes Hodges' reflections on that era.

"I joined Sidney Bechet (at Club Basha)..he has another soprano, a straight one, which he gave to me and would teach me different
things in the duet form. Then I learned all the introductions and
solos so if he was late I would take over until he (Bechet) got
there".

Billy Strayhorn was essential to the Ellington "sound". 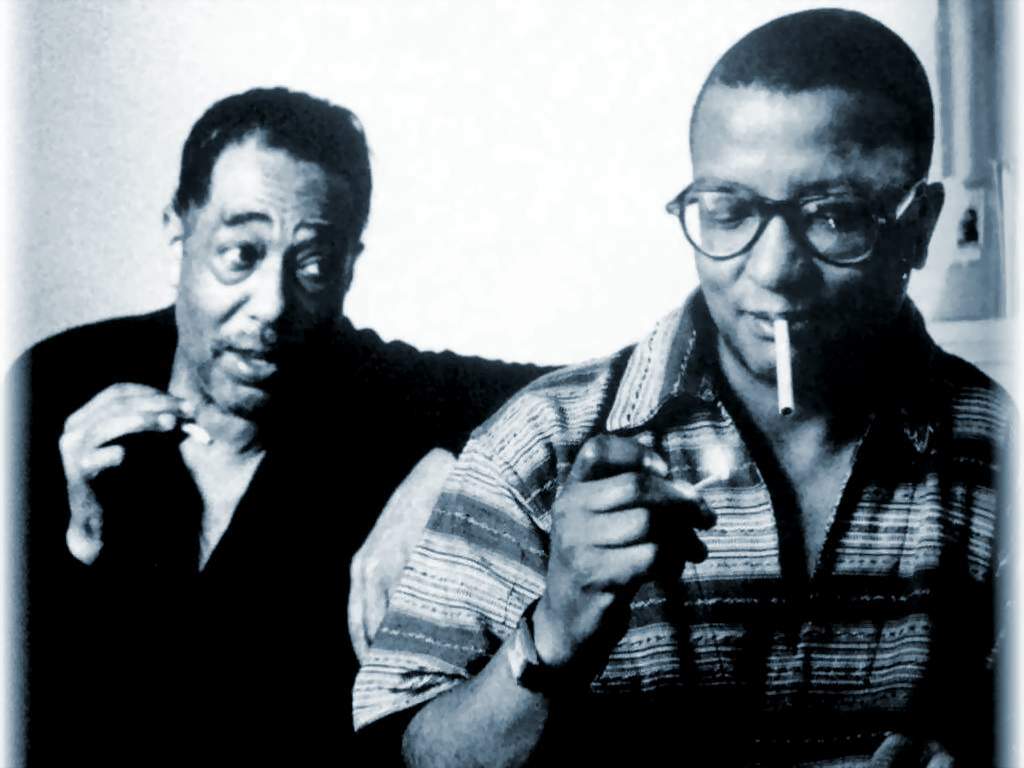 His lush, interweaving new arrangements on this album ebb and flow with thoughtful subtlety regardless if the framework is ballad or blues. Sadly, Strayhorn died of cancer at age 52 only a handful of years after this album was made. Luckily we have this album that showcases his immense talent. Thanks be to Verve for putting this one out once again on cd as part of their "master edition" re-issue series. Seems to me this is one of those albums that could have easily fallen between the cracks and vanished.