Stars of the Lid: and Their Refinement of Decline

Bob Burnett: "This music is gorgeous" said Dan, my colleague in the world of media production, as he walked in my office to the soothing sounds of Stars of the Lid's recent release, Stars of the Lid and Their Refinement of Decline. "Stick around", I said gleefully, "it's going to be like this for another couple of hours".

Stars of the Lid is a duo effort of Brian McBride and Adam Wilkzie. They've been working together for decades, however this is their first release since 2001's The Tired Sounds of Stars of the Lid. Their music is a wonderful extension of compositions easily attributed to Brian Eno--layers of warm, flowing sounds that create their own sonic landscapes and for that matter make existing landscapes more interesting. Just think of dust floating in sunlight, clouds in the sky reflecting off the windows of an office building or anything else subtle and spontaneously gorgeous and you'll be in sync with what happens on Stars of the Lid's albums.

I actually backed into this duo thanks to Adam Wilkzie's equally engaging solo effort, The Dead Texan, a collaborative effort with visual artist Christina Vantzos. Adam did the music and Christina did a DVD with 7 animated clips that accompany the music. 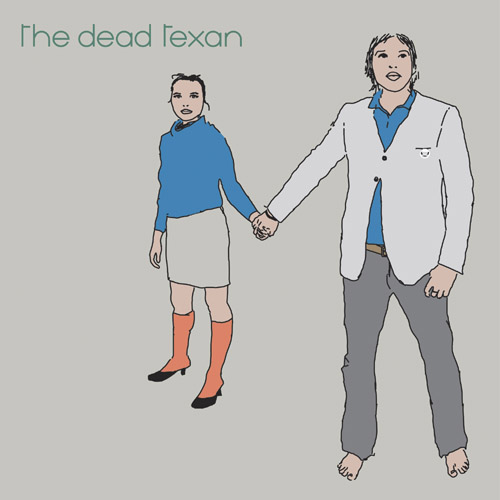 keyboard-derived backgrounds. There are moments within the album that Wilkzie not only nods to Eno but directly lifts some of Eno's Another Green World melody lines into lovely reconfigurations.

At other instances The Dead Texan reminds me of softer moments on David Sylvian's Gone To Earth album which features the very nuanced playing by Robert Fripp and Bill Nelson.

If you haven't gathered from reading c60 over the past few months, I am a big fan of extended, slowly evolving compositions a la Eno, Morton Feldman and Lamonte Young. These recordings fit the genre beautifully.