Bob Burnett: I've spent time with Contact in two different settings; once in the middle of the night with headphones and yesterday during a gray afternoon via my stereo system speakers. I found the night listen was meditative and dreamlike while the daytime initially brought recollections of a 30 years in the past listening experience. 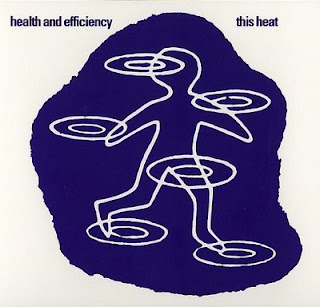 In 1980 This Heat released the EP Health and Efficiency. While side one was rock-based, side two, titled Graphic/Varispeed, was 11 minutes of overlapping long sine wave generator-like tones. The record jacket stated the listener was to decide at which rpm it was to be played.   At the time my ears happily perceived it as a constant tone with little variation. I had a conversation with a friend about how I'd always wanted a record like this. (I guess I hadn't made it to LaMonte Young yet.)  While playing it on my late night radio show a listener called up and said "hey...there's something wrong with the radio station's signal...it's like....test patterns".  I kept him on the line and calmly acted like I was flipping switches in hopes of rectifying the perceived problem.  "Any better? No?  Okay..hold on.....now?"  I slowly faded in something else and he excitedly told me everything was working again.

First listening impressions of the locked-in sine waves that commence Contact brought back a glimpse of my impressions of Graphic/Varispeed.  I  looked it up to test my 30 year memory of a single long sine wave was as accurate as my memory had made it.  Luckily, I found Graphic/Varispeed posted on youtube.  It struck me as quite tame and vastly different than my first impressions; nothing close to the single frequency pattern happening in what I was hearing on Contact.

While my  This Heat listening memories were quite altered by time, the first disc of Contact carry an unmistakably constant Sachiko M-generated high frequency sine wave for roughly the first 20 minutes. After 20 minutes, the sine waves vary into a range of higher pitches, various durations and visceral blips. I found myself processing the initial wave in different ways; sometimes it was full center of attention and other times it seemed to absorb into a larger phase cancellation-like swath.  Keith Rowe performed textural sound improvisations throughout.  His touch beautifully connected to the sine waves.  Sometimes the literal knowledge of guitar strings exist but for the most part the execution is gentle, textural surface contact and impedance-laced interplay.

As I listened to the first disc the experience evolved into a mental picture of Sachiko M's sine waves as a taut line of rope or wire and Rowe's colorings as rapid-winged birds fluttering around the line.  After 20 minutes the piece developed to a diversity of Sachiko M contact mic pops and blips, much more sporadic sine waves and further development of Rowe's elegant and varied touch.  I hung on every nook and cranny of progress and kept reaching for the volume wanting more and more. Volume in this case didn't make it louder but enhanced the textures and sound presence.

I'm sure Contact will continue to evolve for me.  Who knows, maybe I'll be fortunate to recall it when I'm 80 and listening to something else. For current times, I'm happy it brought a chance to reflect on a past moment in developing as a listener and re-frame that listening step in light of this wonderful example.