"The Music Just Turns Me On" 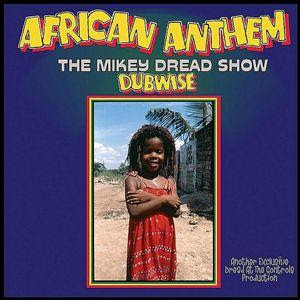 Kim Kirkpatrick: Back in 1979 I was visiting relatives in Cincinnati and I decided to go check out record shops downtown. I certainly did not expect to find much in this city but you never really know and I loved to flip through record bins. I wound up in a very small, basement record store and spent quite some time looking at all that was there. I didn't find a single record I wanted but they certainly had a good assortment of fine recordings I already owned. As I was leaving I flipped through a small, new release bin by the door. This proved to be a life changing move on my part because I found and purchased my first dub reggae album: African Anthem The Mikey Dread Show Dubwise.
I was familiar with the mid to late 70s reggae releases, Bob Marley And The Wailers, Peter Tosh, Bunny Wailer, etc., but I had not heard dub. Mikey Dread (aka Michael Campbell) had been an important part of the reggae scene in Jamaica prior to the release of African Anthem in 1978 and Dread At The Controls, released in 1979. He was performing the top radio show in Jamaica and voted Top Radio Personality of the Year in 1977-1978. I used the word "performing" because Campbell's shows were an "on the fly" creation unique to radio and DJs at the time. His "Dread At The Controls" radio show was a smooth flowing experience, mixing dub recordings, vocal treatments (his own as well as some sultry females), and sound effects into an ever changing, fast paced, gripping, sonic experience. African Anthem The Mikey Dread Show Dubwise if not an actual radio show is as close as you'll get to one of his performances. Thirty one years later, it is still entertaining and an impressive example of the musical and technical abilities of Campbell.
This is dub from the classic years, you have the sense of knobs being turned, reel to reel tape rolling, and the panning and echo effects being manually kicked in and out. I love the hands on performance you can hear so clearly: the volume forever being adjusted, with the effects, EQ, and separate tracks swiftly, concisely controlled and presented for maximum effect. Michael Campbell was masterful in the studio, an innovator whose unique sound was instantly recognizable. His warm, direct style, and heavy dub effects can be heard throughout dub's history. You can hear his strong influence (along with his contemporaries such as Lee Perry, and King Tubby) in the later developments of hip hop, trip hop, electronica, and dubstep, his work is that seminal and essential. Mikey Dread quickly became a favorite reggae artist for me and this first purchase led me to explore at least a thousand other reggae/dub releases and a huge treasure chest of of reggae producers and musicians.
You are safe in exploring just about every release Michael Campbell produced, certainly any albums up through 1982's S.W.A.L.K.. Check out his discography for not only his own releases but also his many other collaborations with musicians right up until his death in March of 2008. African Anthem is available in several forms on CD, snagging any of them would be a good idea but I can suggest you look for the deluxe edition on Aurolux. This has a little bit richer sound, has the original track sequence as well as six extra tracks mixed by King Tubby. African Anthem The Mikey Dread Show Dubwise is available at OM and iTunes along with several other releases by Michael Campbell. This is an essential recording anyone into electronica, space, or dub music should own.

Bob Burnett: I think the dub album that struck home for me was 1980's LKJ in Dub an album by Linton Kwesi Johnson and Dennis Bovell that was a dub re-invention of LKJ's previous 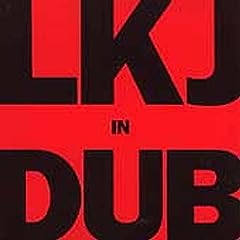 two albums Forces of Victory and Bass Culture. Kim has dug much deeper than I have into dub and knows the timelines, connections and culture much better than I do. I connect to dub in the same way I connect to avant jazz and contemporary classical--music that opens up space and time and leaves behind the comfort of staid and controlled "musicianship", brings a deeper dimension to the music by including the tape machine into the realm of music. 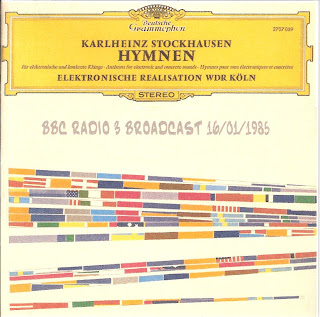 I know it's a leap but Karlheinz Stockhausen (namely his composition Hymnen where he brought together world radio broadcasts and treated the sounds with effects, sped-up and slowed tape motion and track overlaps) and dub are in the same place for me.
Posted by Kim Kirkpatrick at 10:30 AM