While Walking in Austin with Drape 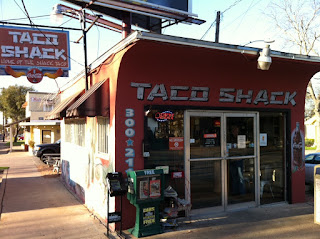 I just spent a few days in Austin, Texas.

I'd never been to Austin before this week and was fortunate to discover it at the neighborhood level where local taco shacks, quaint homes and nice transitions from roads to small businesses make it very walkable . 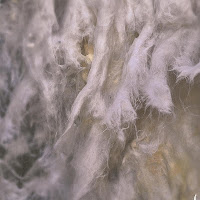 I'm always skeptical of places known for music. New Orleans and Memphis come to mind. I found a want to get away and change directions and scenery so I veered off 6th St. at  South  Congress and soon found a river trail at what is called the "bat bridge". The trail was wonderful. My iPhone was streaming MOG with Gareth  Davis' Drape, another positive notch in the Davis- Machinefabriek  (Rutger Zuydervelt duets.  The layers of floating tones, drifting, breathy bass clarinet, woody clucks blended beautifully with the environment--a  river with sun, waterfowl, passersby on bikes, runners, walkers, fishers, crew teams on the shore getting coaching lectures. It seemed a much more appropriate and fulfilling musical pulse than that of the 6th St.scene.  I've been enjoying two releases in the Gareth Davis- Machinefabriek efforts: Drape and Ghost Roads. There's a spontaneous/ improvisational feel to what they do together. While having a slight non-rhythmic specific groove they manage to float along in textural layers. The sound takes me at times to the drift of Miles Davis' In A Silent Way. The bass clarinet has always been a favorite instrument. It goes back with me to Bennie Maupin on Davis' Bitches Brew and further formed by David Murray on Jack DeJohnette's Special Edition. Davis extends the context even further, eliminates the notes and goes to the texture. I particularly enjoy his sense of timbre and atmosphere.

Austin at night took me up South Congress to what seems like the heart of "weird" Austin. Shops, restaurants, places that seem to embody to vibe of the place. In addition to the brand "weird" there seemed to be another layer of non-weird throughout the city.  Weird derivative established retail in the form of Urban Outfitters-like places.

The city seems to be doing quite well financially. I was surprised by the amount of general construction, high end condos and offices.

It was a nice few days. It was really good to get out before the "music people" got here for SXSW.
Posted by Bob Burnett at 4:05 PM