The Big Eyes Family Players: Do the Musiking 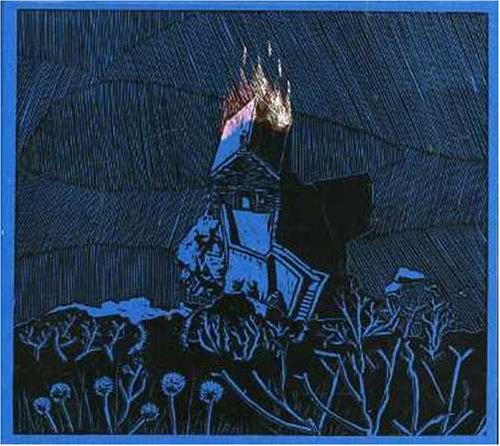 According to Matthew Murphy's Pitchfork write-up, Do the Musiking was released in 2006. The project's mainstays were multi-instrumentalist James Green and guitarist Dave Jaycock who have worked together since the late '90s under the name Big Eyes. Following the release of Big Eyes' 2004 album We Have No Need For Voices When Our Hearts Can Sing, the duo expanded the standard group format to add a series of guests that included Rachel Grimes (Rachel's), Jeremy Barnes (Neutral Milk Hotel, A Hawk and a Hacksaw), and Scottish folkie James Yorkston. Do the Musiking was three years in the making.

Apparently the Big Eyes Family Players have a recent release titled Warm Room. I know nothing about it beyond what I gleaned from a few brief write-ups about it being connected as an ode to folk through their unique lens of what folk music is. Hopefully it connects as nicely as Do the Musiking did with me.
Posted by Bob Burnett at 2:10 PM